Sunday was the Clear Creek butterfly count on a steamy day.  I teamed up with Don and Rayfield Pye and Jeff Larson and we covered the Clear Creek Provincial Nature Reserve.  It was the first time I did this area in the count. 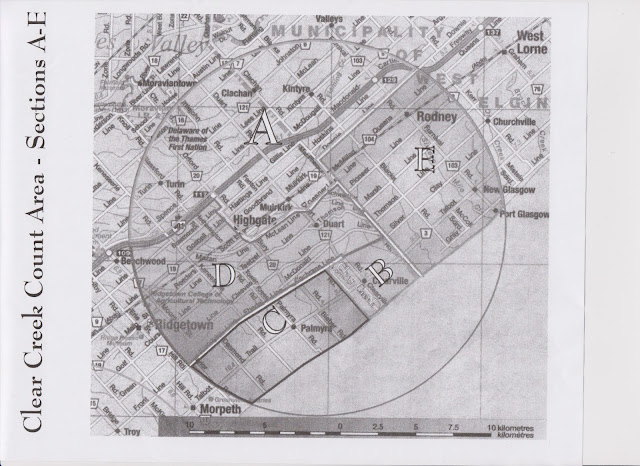 This count was first run in 2000 when Mathis Natvik initiated the count, and I was one of those who participated.  Those were the good 'ole days where we would go all day and meet at the Natvik's for a BBQ at the end of the day.  Lately, I have only been going to early afternoon!


Anyway, we started around 09:00 at the old quarry along Cochrane Line.  This was by far our best spot and we spent a good two hours there. 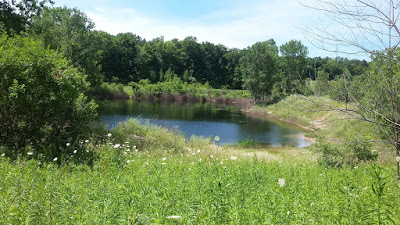 We tallied a good number of species, including a Common Buckeye.  It was actually a first-of-year. 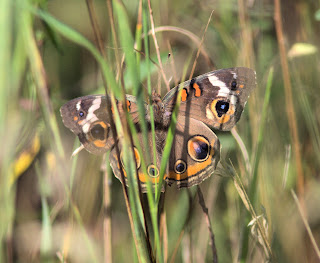 I had an American Snout here last weekend, but we could not come up with one this day.

Giant Swallowtails were in good numbers which were nice to see. 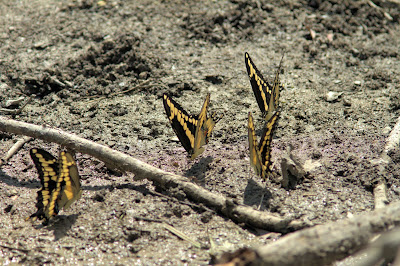 Skippers were few and far between, with only Silver-spotted, Northern Broken-Dash, Dun and Broad-winged.  The Broad-winged were in the phragmites as expected, and we tallied five.  I discovered those here last year. 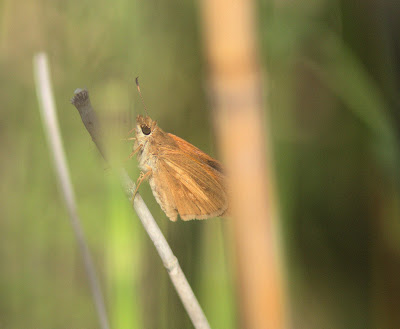 I kept an eye out for odes, especially Comet Darner, but I did not spot one.  They should still be flying though.

After finishing there, we went down the road to south of Talbot Trail to check out the trail to the Bury Cemetery.  I had never been on this trail, but will certainly do it again sometime.  It was a somewhat shaded walk to the old Bury cemetery dating from the early 1800's.

Here we added some more species, including Striped Hairstreak.  It was rather interesting, as we had walked to the end and mentioned that no hairstreaks were seen.  At that time, I said it was a good spot for Striped Hairstreak.....and not two minues later, we spotted one! 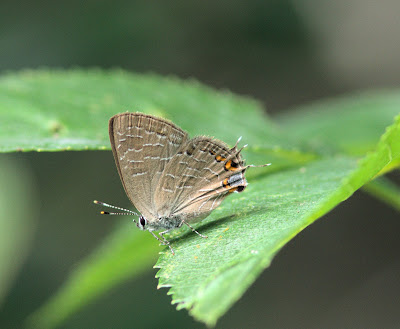 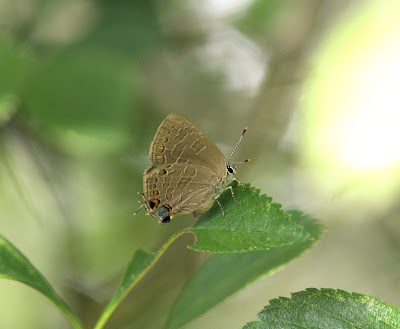 We tallied five Striped and one Banded along the trail.  No doubt we missed several, as they were difficult to spot.   The area is divided into squares, and oddly no hairstreaks had ever been recorded in that particular square.  Nobody really look I guess! 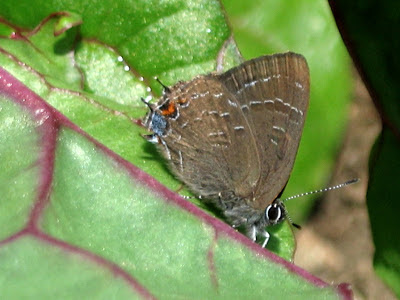 We also added Great Spangled Fritillary, Question Mark and Red Admiral to the list here.  The admiral was actually perched on the gravestone right in front of us.
Back near the road we added Tawny-edged Skippers, but I was never able to get a photo of one.  Included here is one from the past. 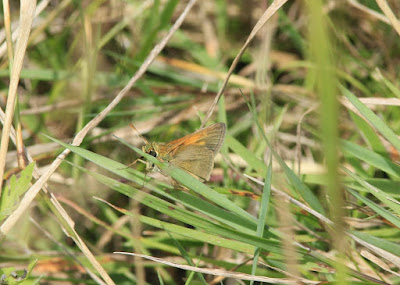 Jeff and I went back to the forest to check an edge then I went back into the quarry area around noon.  I added another Buckeye and our only Eastern Comma for the day.

Nearing 1 p.m., it was getting brutally hot so we departed ways and headed west along Cochrane Line.

We did not tally Common Checkered-Skipper, but I heard that someone else did.  Oddly, I had a couple go through the year later in the afternoon! 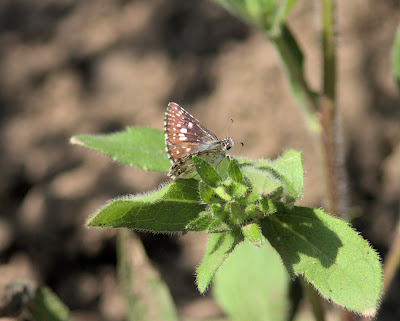 Final numbers have not been distributed yet, but I will mention those at a later date.
Posted by Blake A. Mann at 8:11 PM