Today, a number of keen birders scoured the recently-established Sydenham River Nature Reserve (SRNR) south of Alvinston.  I had to think of a catchy title for this post, and "Buttonwood" seemed to fit!  The term loosly refers to the American Sycamore tree, of which there are plenty in the reserve.  As well, the public entrance to the reserve is at the end of Buttonwood Drive. 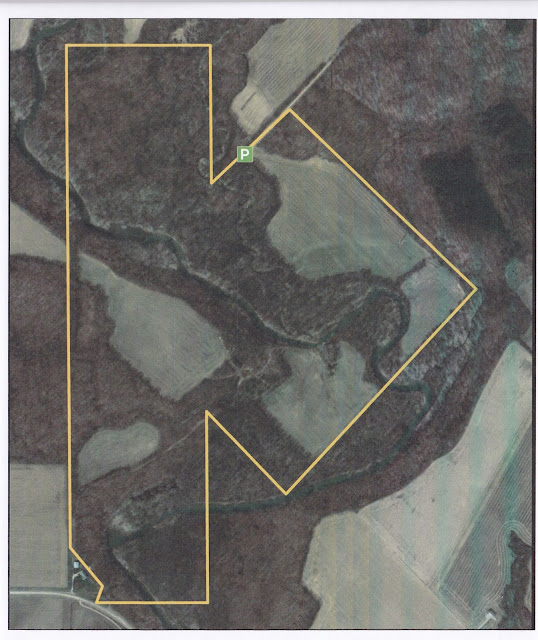 The idea was to establish what breeding birds are present on the property.  The blitz was organized by Larry Cornelis and the area was divided into four zones. My area was the mid-western part, and Mike Kent of Sarnia accompanied me.
We entered off Oil Springs Line at the SW corner.

There are a couple of agricultural fields that will eventually be restored to vegetation. 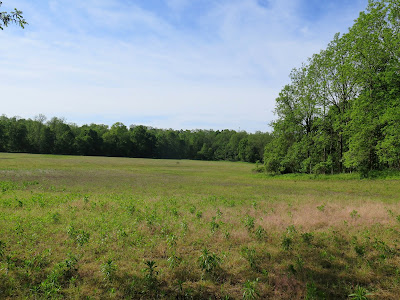 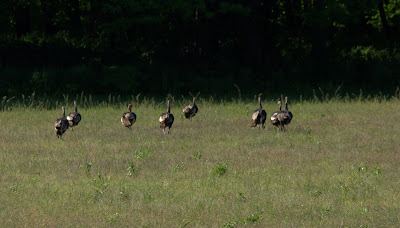 There were no spectacular finds, but some of us did get Cerulean Warbler.  We never did see the bird in the dense forest as it is a tree-top singer. 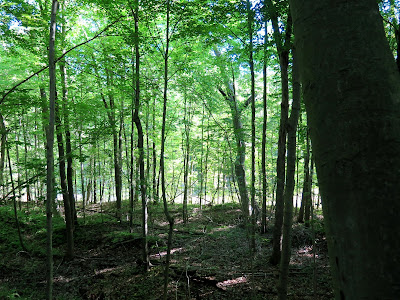 While getting organized, one or two Red-headed Woodpeckers entertained us at the start. 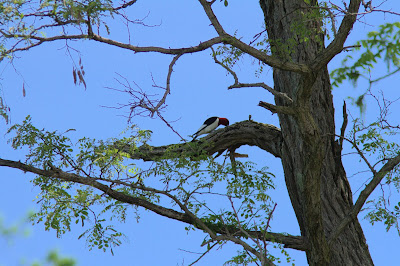 We spent about 3.5h bush-wacking, looking at various things along the way besides birds.  There are some salamander study areas.  Randomly checking under boards or logs, Mike and I came across about four Red-backed Salamanders, which seems to be the only species here. 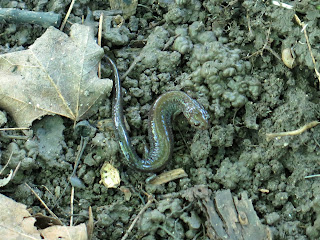 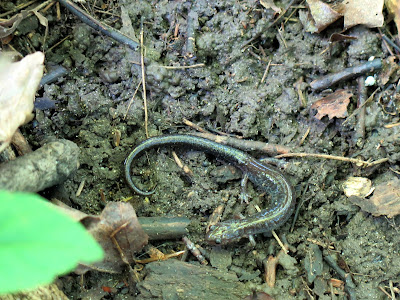 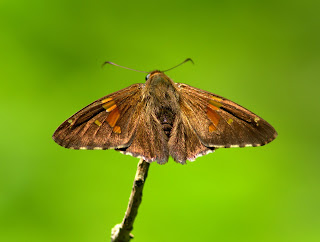 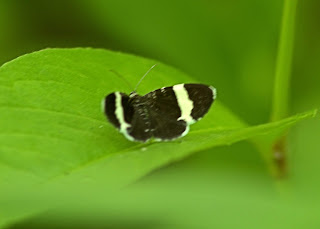 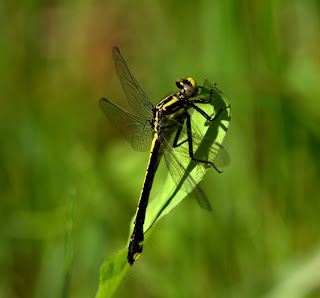 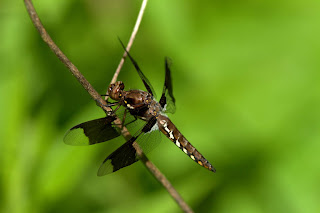 Ebony Jewelwings were also on the wing. 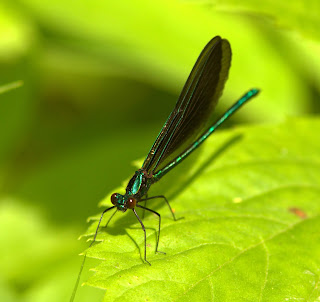 Mike said that American Rubyspots are plentiful here, so perhaps sometime this summer I will be back.

There were a few Eastern Wood-Peewees, Great-crested Flycatchers and Eastern Phoebe.

A couple of Yellow-throated Vireos remained unseen as they sang in the dense foliage.  And, at one point, I caught sight of a Red-eyed Vireo finishing up a nest. 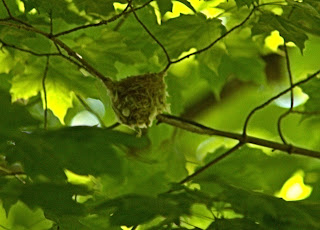 Other warblers included a Blue-winged singing territorially, while the other groups had several Mourning Warblers.
Mike and I found a pair of American Redstarts at one point. 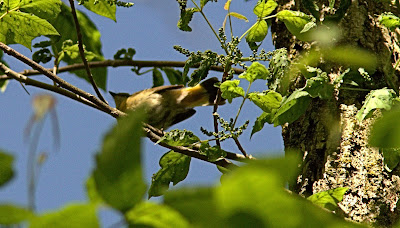 One of the highlights was seeing baby Turkey Vultures.  Something I actually had never seen before! 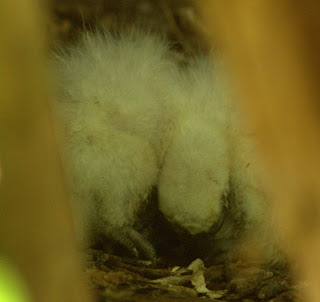 As the biologically-rich Sydenham River winds through the property, there are many ravines. Some are quite deep with steep slopes. 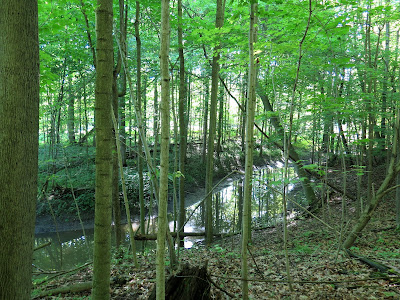 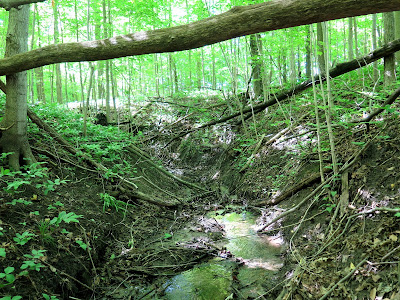 Sycamore trees are plentiful here and one can see one of the largest in Ontario. Mike and I were on the opposite side of the river, while Quinten Wiegersma and Larry Cornelis were investigating this famous tree. 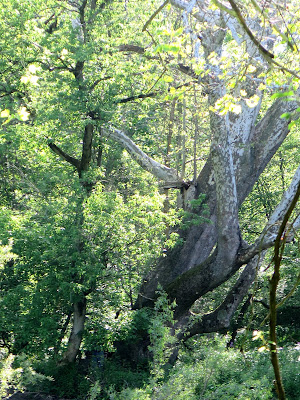 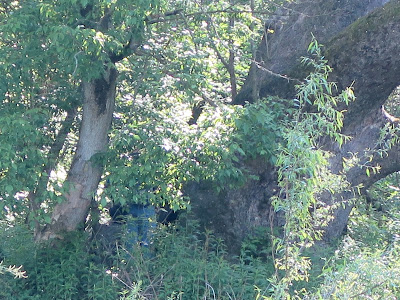 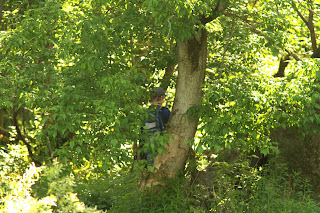 The Sydenham River here is the richest in North America for unionidae or fresh-water mussels.  In a previous outing we saw several species here. 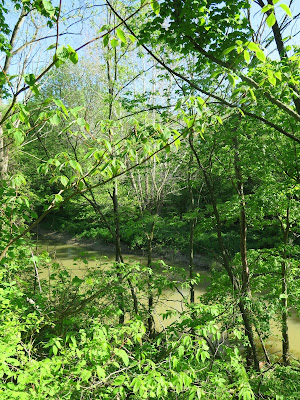 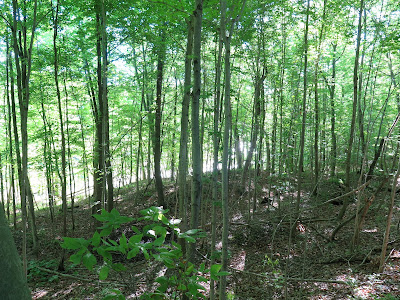 It was nearing lunch time as we departed, so I had the urge to head north to Ipperwash.  I wanted to look for insects, but it was a bust!  The previous day, Josh Vandermeulen had better luck!  I spent about an hour and half there during the heat of the day, and just as I was to leave, a single butterfly caught my eye.  It was  duskywing, but very small.  Perhaps it was a Columbine. 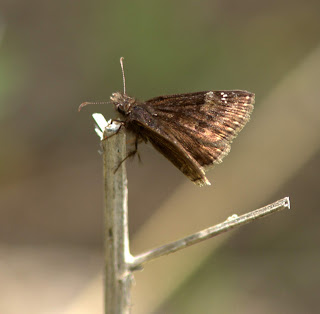 I had Roadside Skippers here on previous occasions, and I thought it was that at first until I got a better look.

Bird life was less than par at Ipperwash Dunes and Swales once again.  I did come across a resident Black-and White Warbler. 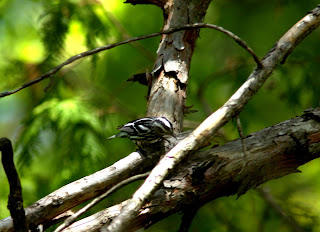 I will check here again later on, as Racket-tailed Emeralds will soon be out.