This morning I stayed fairly close to home and visited Mitchell's Bay and St. Clair NWA.  The weather was finally getting better but the sun struggled to come out first thing in the morning.  Eventually it finally did!  I had almost forgotten what a sunny day was....

I walked the "south shore nature trail" off Angler Line.  Most of the birds were waterfowl, and all the geese were in the adjacent field. 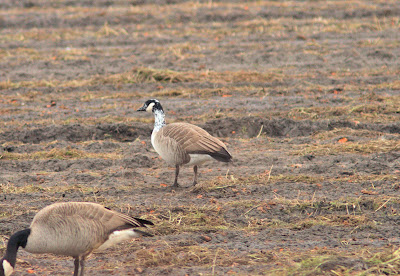 There were several hundred Canada Geese and one would think something different would be in the group.  Sure enough, I spotted a single Greater White-fronted Goose. 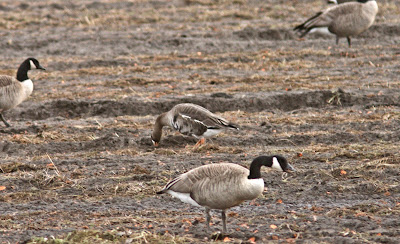 There was a good raft of ducks beyond the edge of the ice on the Bay.  A good scope was needed, but I was too lazy to bring one along.  I could tell that most were Redhead though.

After this walk, I ventured on to the wildlife area.  Lots of  Tundra Swans and Canada Geese were on the move and very few within the area.  I could tell most of the geese were in the field off Balmoral Line.

As many swans were going over  throughout my visit, I was not paying too much attention.  However, at one point I heard a different sound--that of a Trumpeter Swan!  I looked up and within a group of swans there was a larger one. It all happened very quickly, so there was no time for a good photo as it flew off. 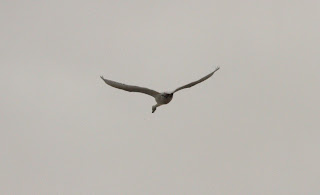 I highly doubt this was the same bird I saw on January 1.

I walked the entire cross dike and back.  On the way back, all the geese got up on the adjacent field for some unknown reason.  It was an impressive sight. 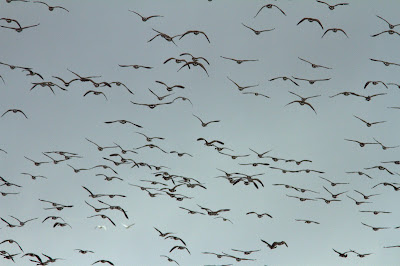 All I could pick out were the continuing eight Snow Geese.

Looking to the north, I could see hundreds of ducks in the air, likely most were Mallards.

Within the wildlife area, there were around 30 Northern Shovelers. 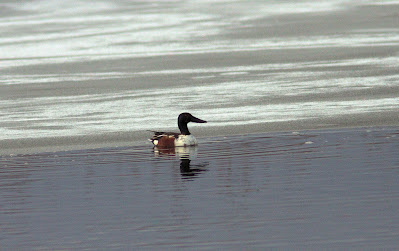 I had no Marsh Wrens or Common Yellowthroats on this visit.

On the way home, I went along Heron Line and found four Snowy Owls.  One was fairly close, offering a half decent photo op. 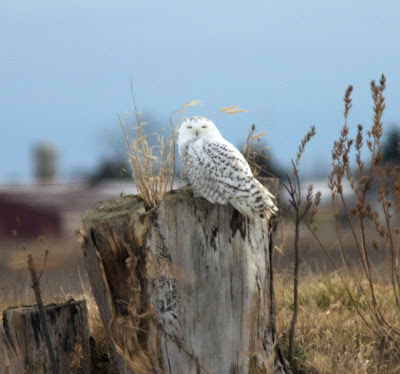 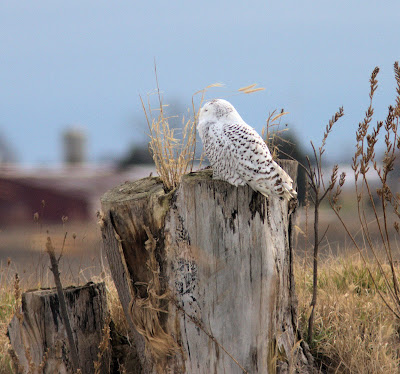