It has been an interesting month with the weather and some rare birds around the province.  Many of those rarities were a bit far for my liking, as I hate doing a lot of driving!  Probably the rarest was the Variegated Flycatcher in Durham.  I still recall the one on the Toronto Islands in 1993!

It has been somewhat quiet this week, hence lack of subject matter here.

November is known for gales around the lakes, and last Sunday was certainly a gale!  I headed into Essex County and sat at Wheatley Harbour waiting out the rain.  There was a lot of activity, but nothing of note (again).  I eventually drove around a bit then headed into Point Pelee to walk some trails.  There was no sense in going to the Tip to look at the lake.  I find with these hard winds there is not a lot to see even if one can bear the wind. 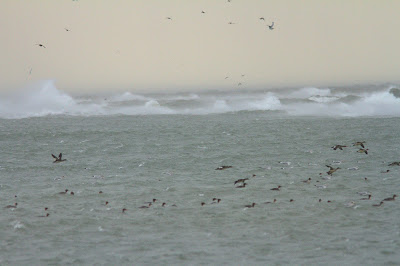 I walked several trails, but many of the birds must have been hunkered down.

The winds no doubt picked up as I drove home, as large branches were scattered throughout the yard when I arrived.  The hydro went out at work on Monday so that was just as well.  It gave me time to go home and clean up the yard! 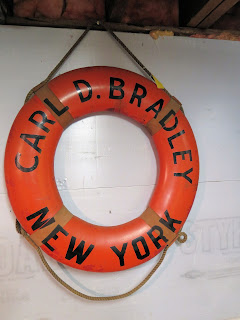 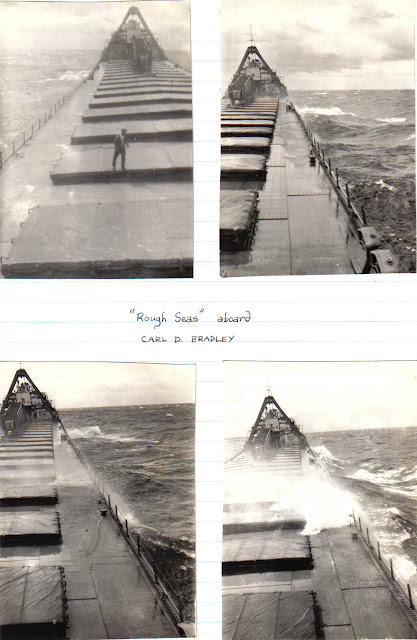 Photos and lifering above courtesy of Dorothy Langridge, my Dad's cousin.  Don sailed on the Bradley at one point in his career.
There was but one survivor from the Morrell.  Interesting that the when the ship broke in two, the bow section sank soon after, and the stern section kept going.  They are now about seven miles apart on the bottom of Lake Huron! 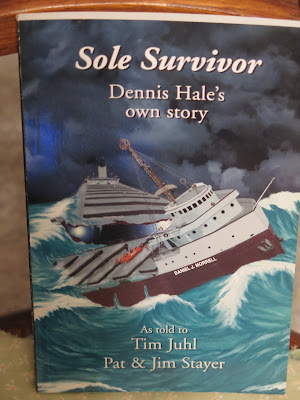 There is some fabulous dive videos of some of these wrecks:

Today, it was very quiet at Rondeau Park.  The wind last Sunday must have flushed the birds out!  It was actually quiet all week.

We started with a somewhat disappointing lakewatch at dog beach. 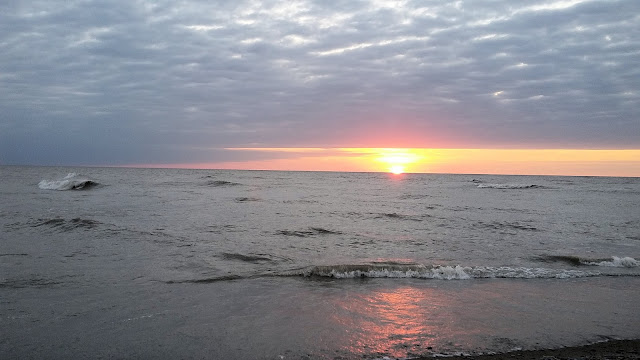 I stopped by various spots (nobody around!) throughout the day.  The only shorebirds left at McLean's were Dunlin. 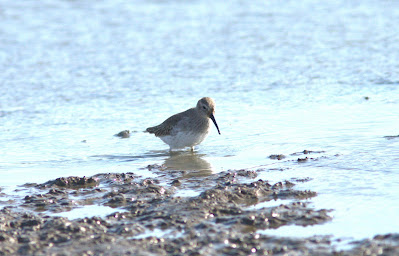 I went as far east as Clear Creek Nature Reserve and checked out the old quarry.  No Comet Darner today, lol!

The last stop was at my old work place, where I found a good number of birds.  Included was a Peregrine Falcon!
Saturday will be another day.... 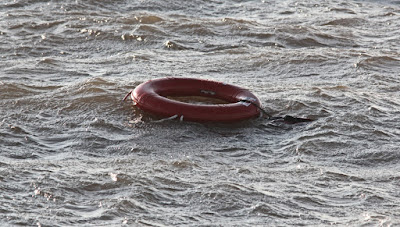