The last couple of days I have been checking out various haunts.  With Rondeau Park being closed the last couple of days, unfortunately for me, it allowed me to visit some other places not too far away.
Friday I went to north Lambton.  Since I always like doing a lakewatch this time of year at least once a week, I went to my favourite spot at Ipperwash Beach.  It turned out to be a good loon day (just the two usual species).
Here is my list for there:
https://ebird.org/checklist/S61838769

After getting chilled to the bone, I went on up to Ausable River Cut CA.  It was disappointing with respect to birds!
Going back, I stopped by Ipperwash Forested Dunes and Swales for a short walk.  I knew it would be quiet, but I did find quite a few Black-capped Chickadees.
One spot had quite a few shrubs of winterberry holly. 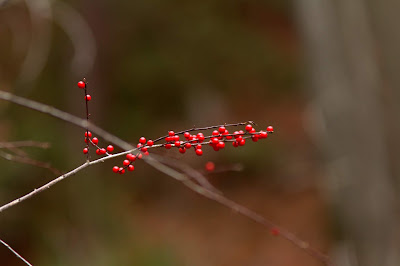 I continued on with a drive around Kettle Point which did not produce anything.  It sure looks different than many years ago since the water level is so high.  There used to be a "point" that we could walk way out.  There is absolutely no sign of it anymore!
Here is an old photo taken from way out on the "point" looking towards land. 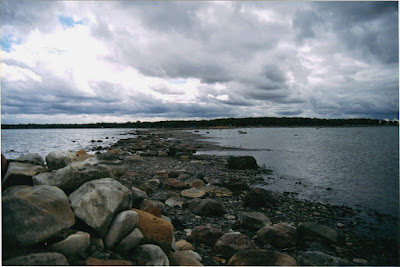 A stop by Forest Sewage Treatment Ponds proved fruitful.  Right at the the entrance, a Snowy Owl greeted me.

A variety of ducks was present. The oddity was a Long-tailed Duck, not often seen in a small sewage lagoon.
While standing near the platform, I heard the soft chips of a Common Yellowthroat.  It saw it well, but it did not co-operate for a decent photo. 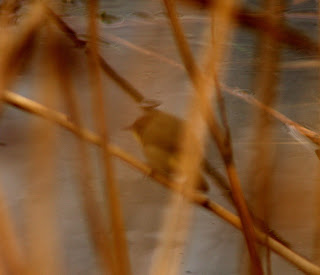 The Snowy Owl did not move the whole time despite traffic on the laneway directly below. 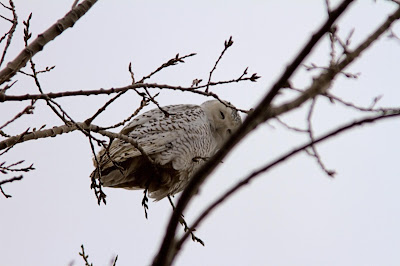 I did stop by Perch Creek Habitat, but it was very quiet.

One last stop was at Moore WMA on Bickford Line.  Right at the parking lot, a number of birds were flitting about, including three Yellow-rumped Warblers.  They have always wintered here in various numbers. I have been going to this place since the early 1990's. 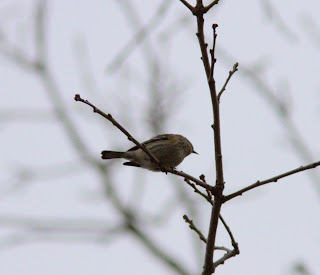 Today, I headed in the opposite direction, to Point Pelee.  There was a stiff east wind, not the greatest for a Tip Watch, but it was actually quite busy with ducks. 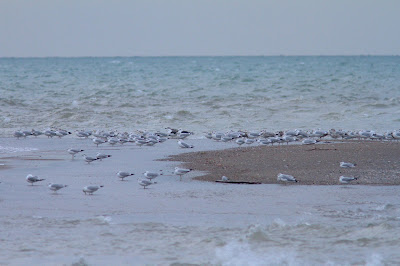 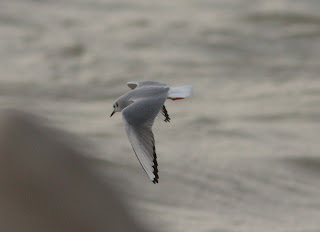 Duck-of-the-day was White-winged Scoter where I counted well over 400.
Thousands of scaup were rafting offshore on both sides, but I did not pick out anything of note.


A few Common Loons and Horned Grebes were around, but none of the rarer cousins.

A few birds were out of the wind on the west side as Kory Renaud and I walked up to the famed serengeti tree.  We did see a late Turkey Vulture way in the distance to the north.
Along the trail was some sort of shrew, deceased. 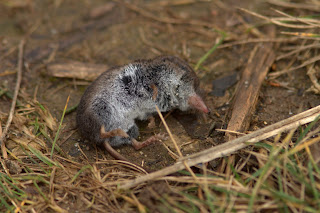 I checked some other areas including west beach parking lot.  A couple of Chipping Sparrows were in the grass, among other species. 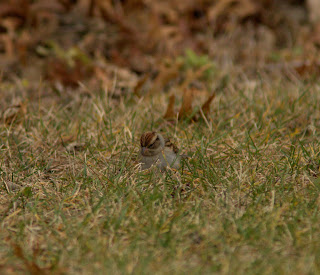 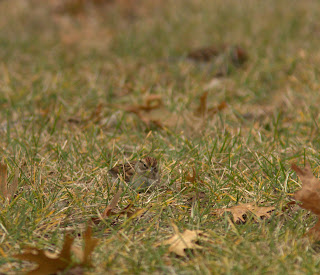 The only Yellow-rumped Warbler I encountered was at Pioneer.  While I was at Dunes, I got word from Kory that a Northern Saw-whet Owl was at Sparrow Field. Might as well go see it....although I had no idea where to look.
Turns out I found it instantly!  I could only get this photo without disturbing it. 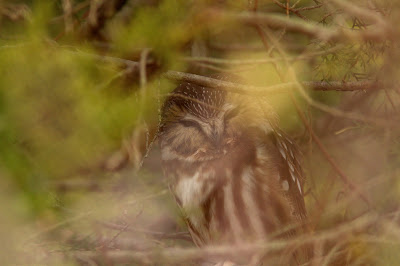 These tiny owls are difficult to find in Essex County, so it is a treat to see them.  This one is at least the fourth I have seen in Point Pelee over the years.
Still in the Pelee circle, but in C-K, I recall one in Wheatley Provincial Park while birding with the 'afternoon shift'.  It was deceased, but strangley, it was still clinging to a branch, upside down!  I wish I had taken a photo of it.

A stop by Hillman Marsh, produced little, except a late Great Egret.  Not the latest I have seen in Essex though. 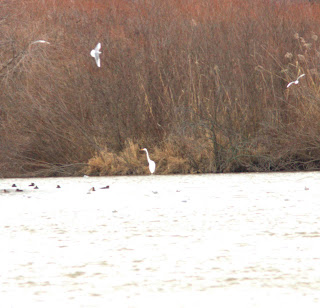 The shorebird cell was devoid of birds again, except for a single Mallard.

Not sure what will happen tomorrow, but weather looks horrible.  Every time one looks at the forecast, it changes for the worse.  You never know what will happen since there seems to be little accuracy to weather forecasts anymore! It is the weekend though!