With recent reports of Buff-breasted Sandpiper at Forest Lagoons in north Lambton, I felt compelled to make a visit to the place.  Upon arrival, the skies were gloomy and lighting was horrible, but I did see the buffy creature in the distance.  It was too distant (and remained so during my stay) for a proper photo. 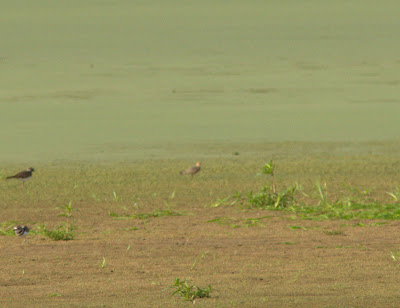 Since that photo is useless, I will provide a photo of one I photographed while in a kayak on Rondeau Bay back in 2012.  Mike Bouman and I actually talked about this adventure today as we could get very close to the birds that day. 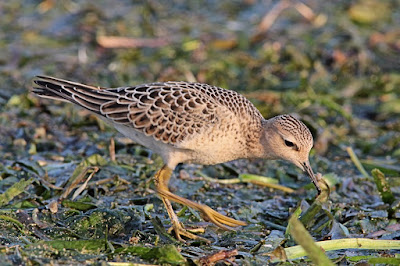 The Buff-breasted Sandpiper is an uncommon migrant through Ontario in the fall migration.  We only see it the fall since it takes a different route heading north.  (There have been some rare spring records though).  If one does not put in the effort each year, it can easily be absent from one's year list!  I missed it last year, but there were not many reports in 2018. 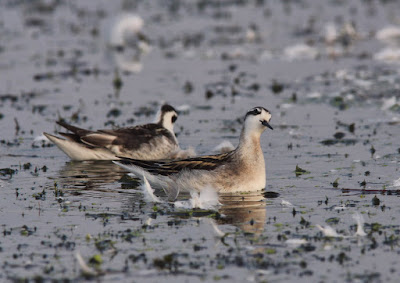 Forest Lagoons is one of the best birding lagoons around.  The habitat is great for shorebirds, and you get other birds flying over, or stopping along the treeline.  The property is easily accessible for birders and there is no gate. 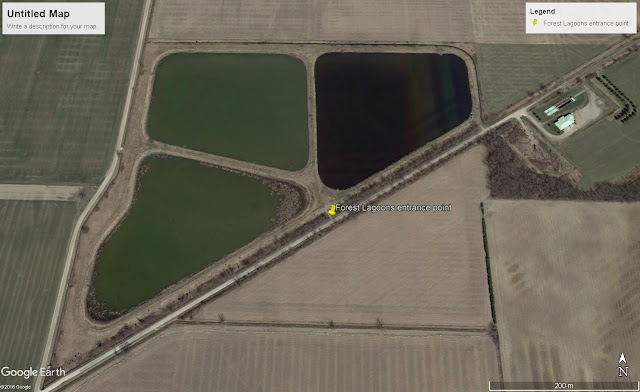 The access point is along the road to the treatment plant, but this was actually the old railroad bed for the Grand Trunk Railway.
The railway started out as the Great Western Railway in 1859 and its terminus was at Point Edward.  The Howard Watson Nature Trail in the Sarnia area is on the old railbed. 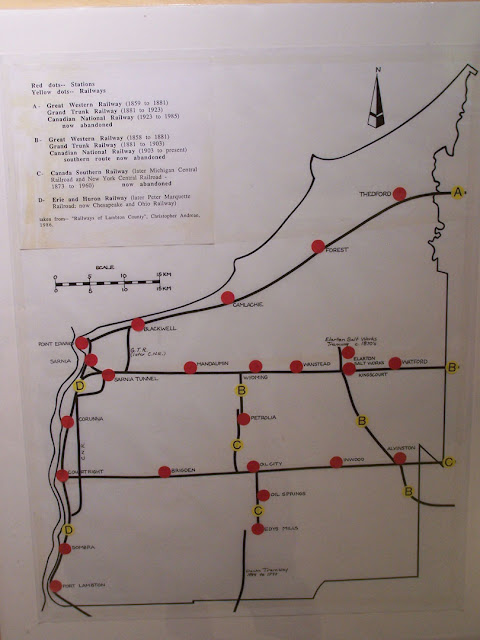 Several birders were present today from far and wide.  Fore example, the well-travelled Barb Charlton was one of those, whom I meet quite often all over southern Ontario! 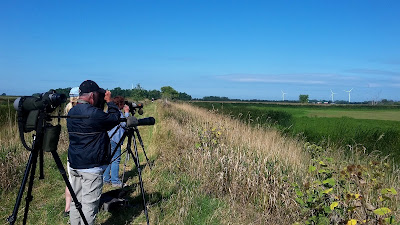 There was a good variety of birds today including up to four Baird's Sandpipers, 19 Pectoral Sandpipers, over 55 Semipalmated Sandpipers, four Stilt Sandpipers, etc.
Here is my eBird list from the location today:
https://ebird.org/view/checklist/S59456603 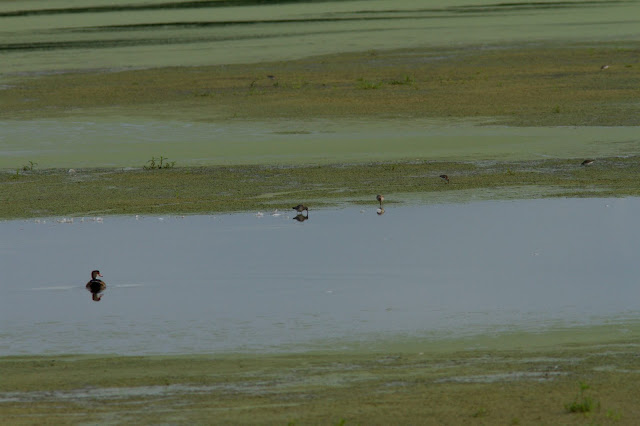 A Merlin buzzed the lagoons at one point (a daily occurrence), scattering the shorebirds. 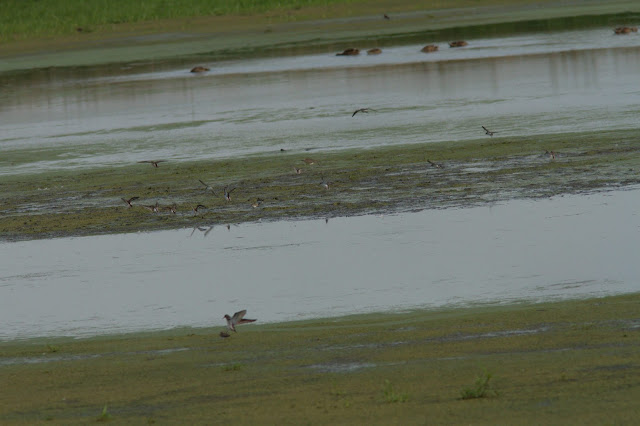 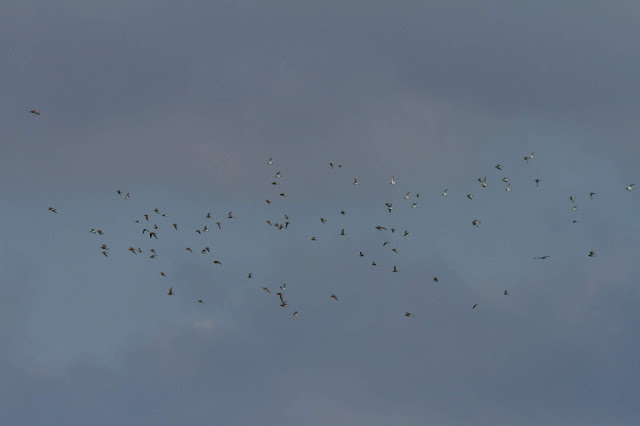 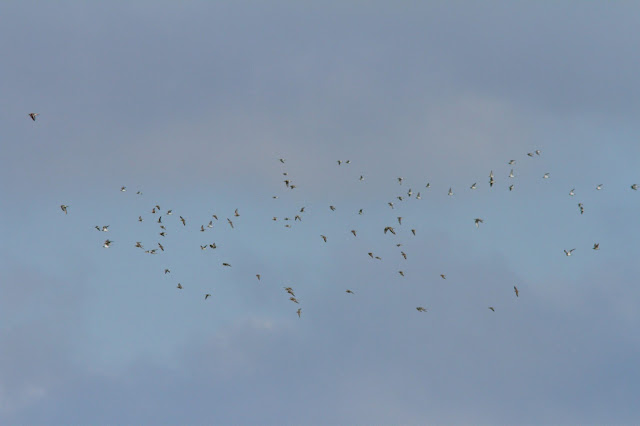 The weather actually turned out quite pleasant while we were at the lagoons.  On the way home, I stopped by Reid CA for a walk.  A Royal River Cruiser co-operated nicely. 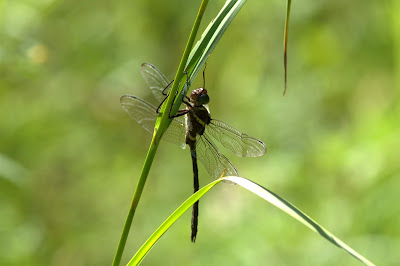 It was a pleasant walk with a few butterflies and odes to be seen.  Canada Darners were flying over the old oxbow wetland.