Long Weekend Ends with a Bang!

It was another day at Rondeau Provincial Park today.  With peak migration passing and many birders hanging up their binoculars, I was determined to find something of note!  South Point trail seemed the best bet with the brisk west wind today.

The water levels have not dropped significantly, so the boots got another workout today.
There was a good variety of birds, but not big numbers.

At the curve of the trail near the beach, we always take a look at the lake.  The lake has been dead this month for birds, but at the edge of the sand something caught my eye.  I could only see gray and yellow and knew it was something of significance.  It took a few seconds to get on the bird for a good look and I realized it was a kingbird of sorts.  Western seemed to be the most likely fit, and after a good look, that was it!
It kept moving from perch to perch in a westerly direction as I fired off some record photos. 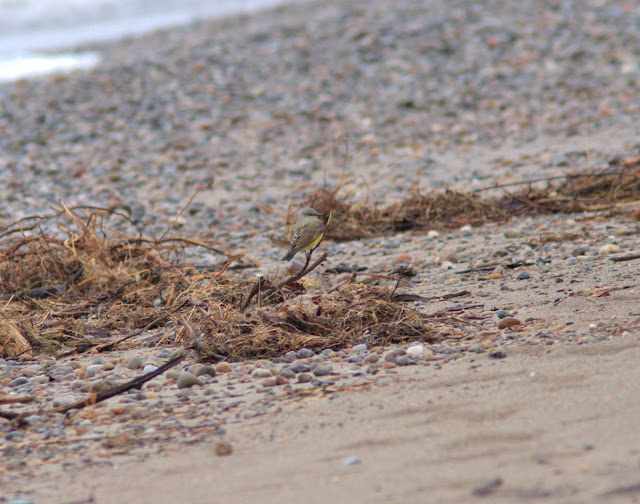 At one point, its eastern cousin chased it and I lost sight.  I wanted to stay on the bird because I knew Reuven Martin was nearby.  I ran around a bit, and finally found it again.  Meanwhile I had put out out the alert, and I soon saw Reuven heading my way.  We got good looks at the bird. 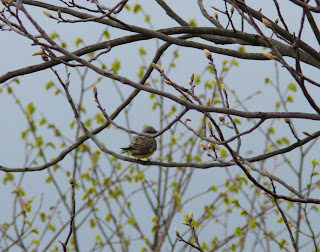 It seemed to keep moving west though and soon out of sight.  It was windier in that direction, so I wonder if it just moved inland.
Other birders arrived later on to search for the bird, but to no avail, unfortunately.

Although there have been a couple of other local records, the last Western Kingbird I saw in the Rondeau area was May 19, 1997!  It was along Sinclair Line.

Reuven and I decided to walk back along the beach and treeline since it was out of the wind, and there seemed to be many birds.
The last couple of days, we noticed lots of birds moving or migrating along that side.  One wonders what all has gone through.  Nobody has really stood vigil on that side during these events.  Something to check on later.

We found lots of birds, including several Philadelphia Vireos. 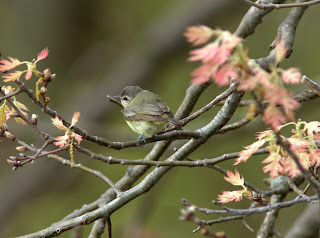 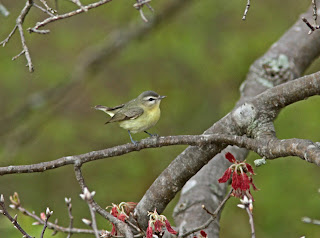 Close to the end of Lakeshore Road, I spotted a Summer Tanager.  It looked very similar to the bird that was seen earlier in the week north of the VC coming to a feeder.  Perhaps it is the same individual. 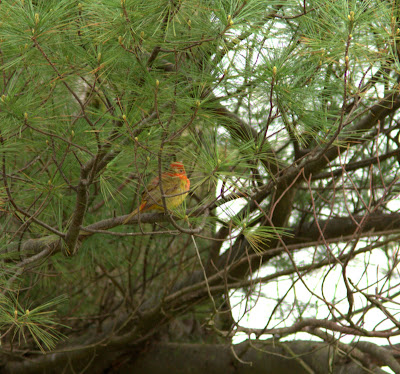 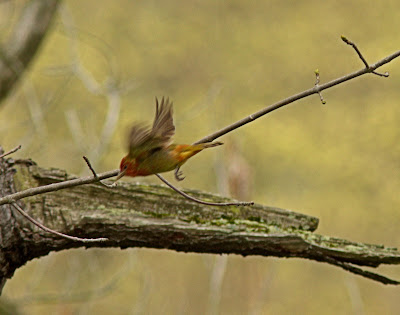 A few of the more common Scarlet Tanagers were around as well. 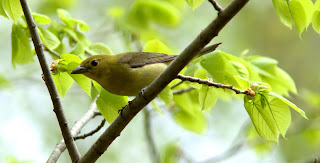 After that walk, I decided to walk the west side of south point trail.  Earlier, Mike Bouman had refound the Kentucky Warbler from the previous day.  By then, the sun had come out making for a nice walk.  I met up with Chris and Ryan Leys and we walked all the way to the beach.  There were quite a few birds along the way including a singing male Cerulean Warbler.  We never did see the Kentucky!

At the beach, I noticed a string of birds way, way out and knew they had to be Whimbrel.  There were about three huge flocks totalling at least 400 birds. 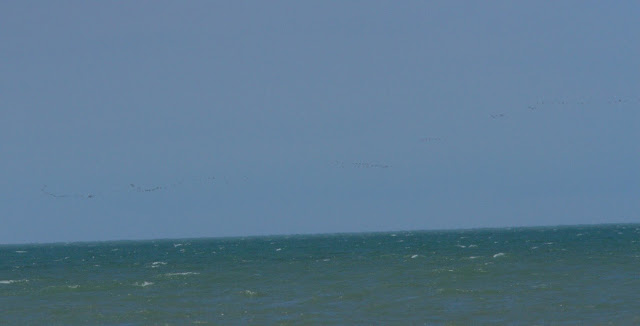 The holiday weekend is always the time to see the big flocks of Whimbrel along the lake, so it was not surprise. 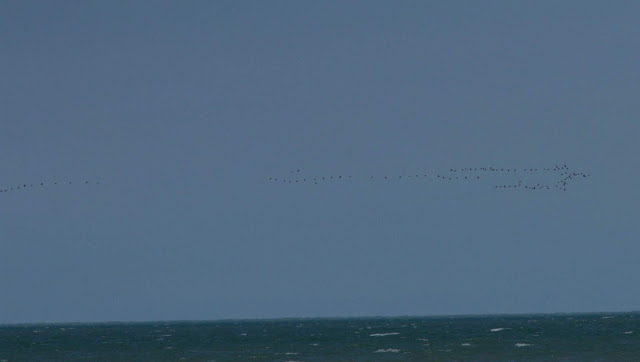 I walked back alone, and still did not see that Kentucky Warbler.  One cannot get them all I guess!
The Kentucky was not far from the old Dillon Trail, a drivable trail that once cut across the park.  There are remnants of the trail if one looks well enough.  An old steel T-bar marks the spot along the west side of south point trail. 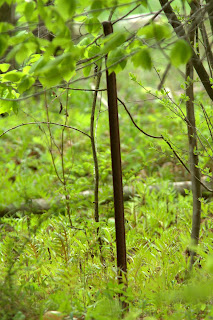 I decided to go back and check the treeline along the east side of south point again.  By this time, it was quieter, but some birds were there including a co-operative female Cerulean Warbler. 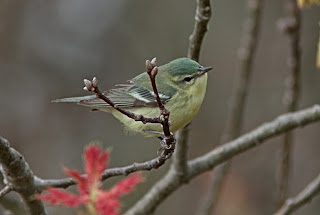 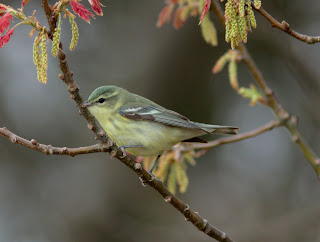 I checked the beach as well, and found some shorebirds.  About 50 each of Dunlin and Sanderling were there as well as a Ruddy Turnstone and about 15 Whimbrel. 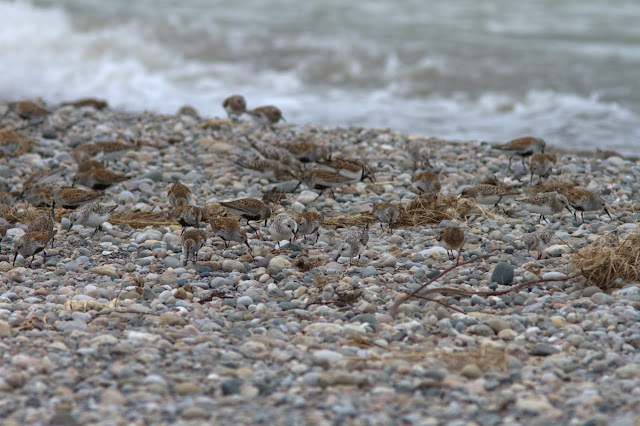 I had visions of Red Knot, but they are so scarce anymore.  We used to see them regularly in the "old" days along the beaches this time of year.

Just doing south point trail this day netted 110 species!  It was a nice way to end the long weekend and May birding finding a rare flycatcher.

There are many more birds yet to see and some good stuff can be found well into June.