Not much of note to report as this wacky weather continues.  The rain never ends!

Friday was crisp and clear though, as I started with a lakewatch at Rondeau.  Once again the winds were not ideal, but I looked anyway.

Along south point trail, Yellow-rumped were the dominant warbler, as expected. 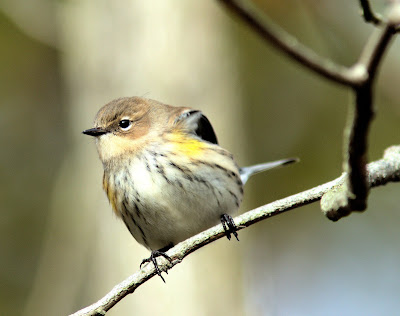 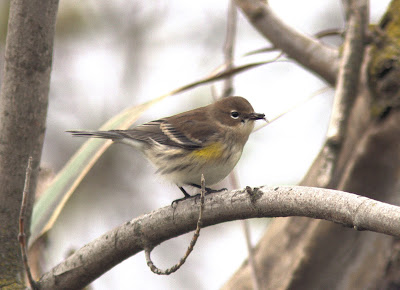 Kinglets were quite plentiful. 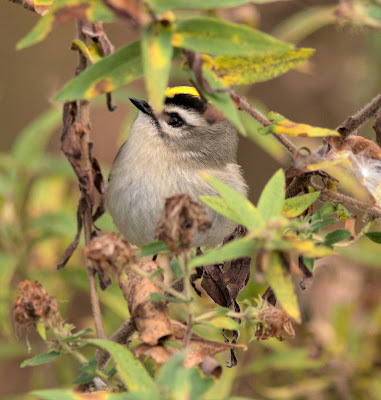 Sparrows were numerous but nothing in the rare category. 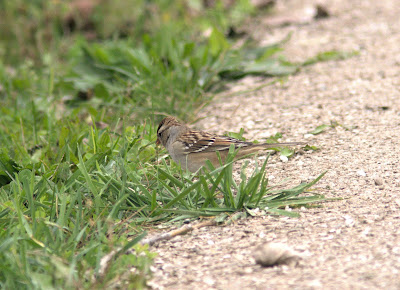 Saturday a change in pace was in order so I went up to north Lambton.  Some finches seem to be on the move in the province, especially crossbills.  So, I was hoping to come across one or two. Redpolls are also working their way south, but have not yet reached our district.

The weather was crappy with heavy cloud and a light sprinkle the whole time.  Was not in the forecast!!

I started at Ausable River Cut CA, which is nice spot to check in the fall.  Only Purple Finches and Pine Siskins were detected there.

Next stop was Ipperwash, where I checked out the MNR parking lot area.  It is a great place in the fall.  Quite a few Pine Siskins were moving south, and at one point, two Red Crossbills flew over.  Yey, at least I got a target bird!  Probably more to come.

No Pine Grosbeaks this year, as Winterberry Holly remains uneaten. 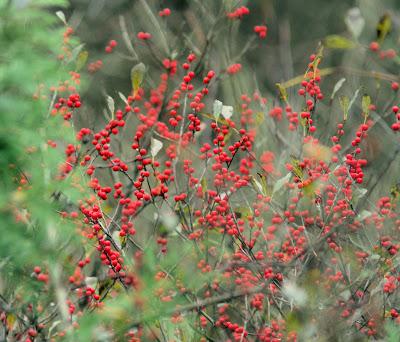 Winds were no good for a Kettle Point lakewatch as I drove through there.

I stopped at Forest Lagoons as well where the weather was really miserable.  Lots of Swamp and Song Sparrows, but nothing of note. Perhaps I would have spent longer if the weather co-operated.

The place was not as productive this year.  The excessive rain made water levels too high later in the summer and early fall.  Yellowlegs were up to their chests in water! 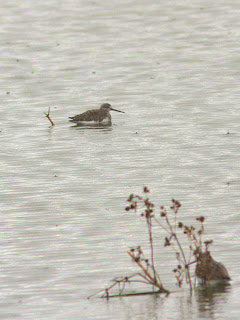 Today was Rondeau and McLean's.  I needed to do something different, so I walked out marsh trail. At least the sun was out, a rare thing anymore. The half way point was far enough for me today.  There were oodles of Swamp and Song Sparrows.  A few juncos as well, but nothing noteworthy. 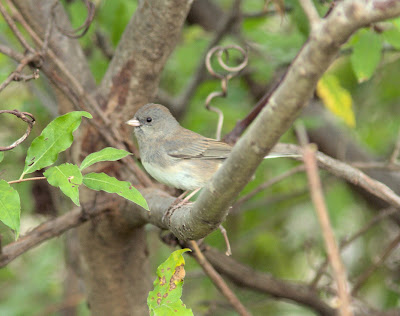 Warblers included an Orange-crowned and two Nashville as well as a couple of flyover Yellow-rumped.  Overall, it was somewhat quiet.

Turkey Vultures were on the move as I neared the end of my walk, numbering over 200 in the air. 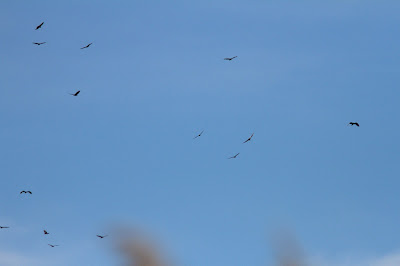 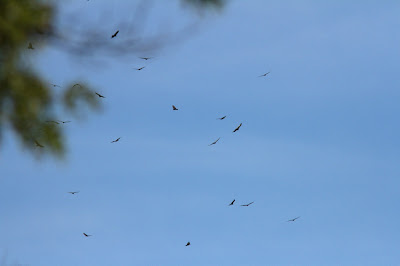 A stop at Keith McLean C. L. was in order before I headed elsewhere.  Lots of sparrows!  I did find four Nelson's in total. 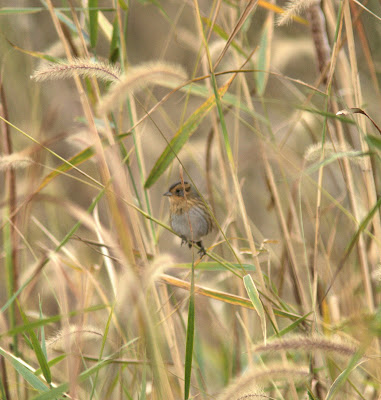 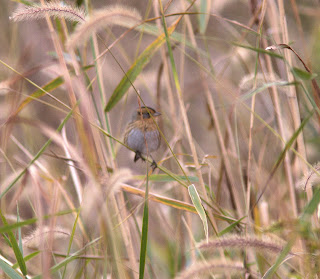 The lost Long-tailed Duck was still swimming aimlessly around. 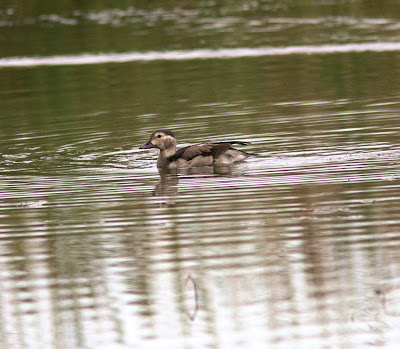 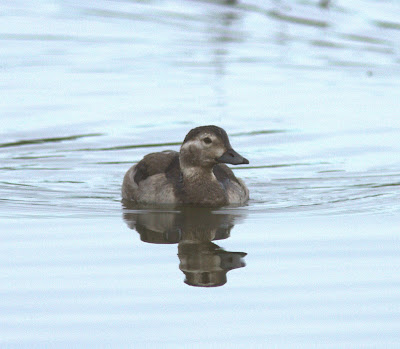 The afternoon was spent at Skunk's Misery, which is for another time.  Luckily the rain held off for the event.  One never knows what the weather will be ahead of time, as weather forecasts are too far off the mark anymore.  The 100% rain this afternoon was certainly not in the long term forecast!  But, it has to rain every weekend... of course.