Been doing some touring around not far from home lately.  Friday, I needed a long walk so I went down to Rondeau Park.  Strong NE winds were a-blowin so that limited places to walk.  I wanted to get out marsh trail (the most interesting walk in the park at present), but this time of year when there is snow, we get large drifts along that side.  That was out of the question for a good walk!

I opted to park at the VC and walk down Harrison then onto south point trail to the washout, and back.  It was actually not bad for wind, and the temp was only -4C.

Very few birds as expected, but the walk was needed.  Quite a few Hermit Thrushes are around this winter.  I saw a couple on my walk. 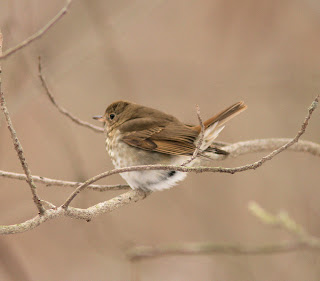 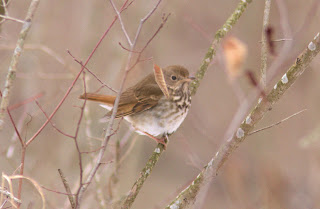 Afterwards, I toured around and seeked out a couple of wintering shorebirds.  A Killdeer was looking out of place on Rose Beach Line.  In a mild winter, we might get some returning around this time, but this individual stayed the winter. 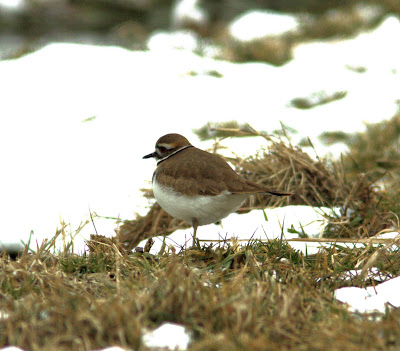 I noticed lots of Snow Buntings, Horned Larks and some Lapland Longspurs in my travels this day.

The Wilson's Snipe(s) finally made an appearance along Stefina Line near Blenheim in the last week.  They are here every winter in this never-frozen creek.  I only spotted one on my stop. A number of Virginia Rails have been found this winter in various locations.  Perhaps due to the mild start to the winter, they decided to stay.  I would think they regret their decision now!  One was found in Shrewsbury recently.  I was not able to get a photo, and did not linger to try for one.

Saturday I decided to check out the St. Clair River.  There is a lot of ice now, but some open spots are attracting ducks.  Thousands of ducks have finally arrived on the river, but no rarities....yet!  The bulk are Redhead, but good numbers of Canvasback have come in.

There is some open water just along the shoreline from OC Industries downstream to almost Sombra.  The warm water outflow no doubt has some bearing on this.  I could see ducks all along this stretch, but most of it is inaccessible to the public. 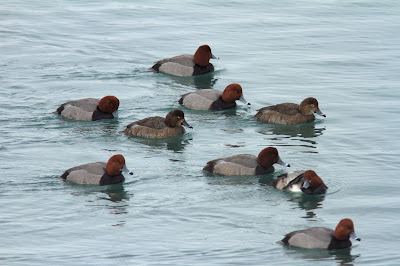 Lots of Bald Eagles are now along the river.  Many were frozen out of their inland stations, so they moved to the St. Clair River. 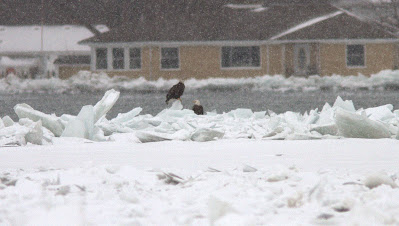 I checked out Corunna at the popular Guthrie Park.  Gulls have thinned out to some extent here, but there are lots of ducks to look at.  Common Goldeneye have finally arrived numbering a few hundred.  There must be a Barrow's in there somewhere!

Today, I went back out to the river.  The skies were clear for a nice sunny day making for excellent viewing early morning. 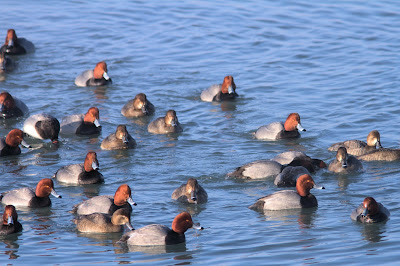 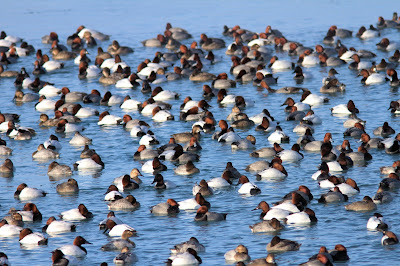 Gulls were not that numerous today.

I tried to find something of interest in all the ducks.  The only notable was a Black Scoter which few by me at one point, so no chance for a photo!

A good assortment of ducks was out there. 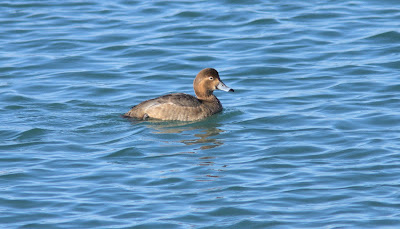 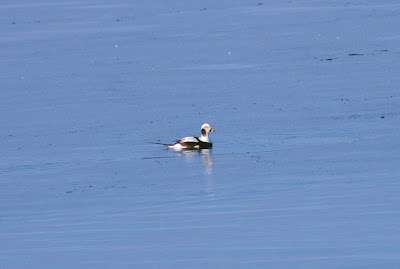 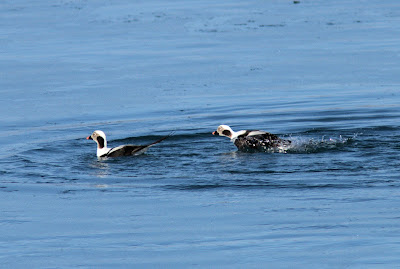 At home, I had a decent day of feeder activity.  With all the accipiters around this winter, feeders have been on the dead side.  Blackbirds are still roaming around the town, but I have not seen the Yellow-headed for some time.

Looks like some significant snow tomorrow, not that we need it.  But who knows with the weather anymore.....