Port Lambton and Baby Point At 200

Been going through old blog posts that I wrote.  I started this blog in October 2007!
I have amassed 1846 blog posts since then!
The "labels" in the column on the right will bring you to certain subjects in past posts.  I read one in particular about Port Lambton and Baby Point that got me thinking about the 200th anniversary.

I thought I would put up some past material about the Port Lambton area.  In 2020, it will be Port Lambton's 200th anniversary!  Some events are planned for the bicentennial. At the south end of Port Lambton is what is known as Baby Point.  (I wrote about it in the past).  Included is Brander Park, where I take a walk almost every day since it is right near my work place.  It is an interesting place especially for birds!  There are several interpretive signs, including this one: 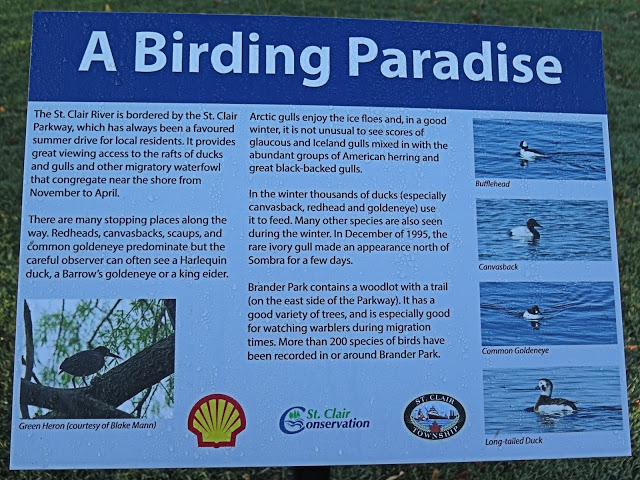 I have been there at all times of the day and in all kinds of weather. 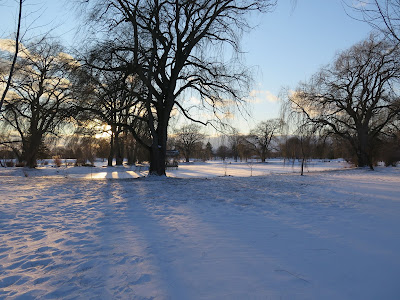 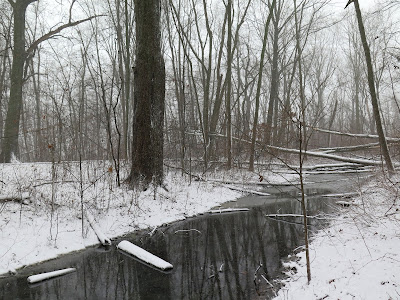 In the past I have written about the spot.  Here is a partial post from 2012:

One of my local spots for birding is Brander Park, Port Lambton.  I have mentioned this place many times for birds and butterflies.  It is only a "stone's throw" from my workplace so I go for a walk there almost every day and sometimes after work.


Sometimes it can even be good for dragonflies.  One fall, I came across a few Elusive Clubtails, which I had never seen before (or since!).

Originally this area was known as Baby's Point, one of the oldest settled areas in Lambton County. The land was owned by the Baby (pronounced 'bawby') family, particulary Francis Baby.  The Baby's were a prestigious family and he inherited the land from his grandfather in 1742.

A settlement there preceded the village of Port Lambton and it was a busy place for trading.  Artifacts have been found over the years at Brander Park.  I recall when I was younger we would scour the beach area and find old clay (smoking) pipes and Indian artifacts.  I have a couple of arrowheads in my possession.

There was recently a display in the Sombra Museum of coins, badges, buttons, military items, artifacts, etc. found at Baby Point by Cliff Roy.

Over at the woodlot area there are some old Pear trees.  Whether these had origins with the Jesuit pear trees, I have no knowledge.

Brander Park seems to be an excellent spot for seeing birds of all types.  The woodlot there is a great migrant trap and in times of migration it can be crawling with birds.

It is also a good spot for flyovers as birds come off or head towards Walpole Island or use the St. Clair River.  Then there is the river itself for waterbirds. 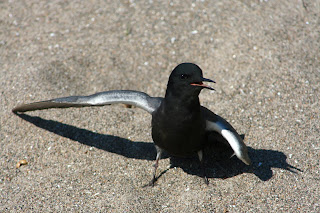 Behind Brander Park is the Port Lambton lagoon site which comprises two cells.  It is a good site for waterfowl and other birds.  In the spring, Black Terns can congregate there in big numbers.  I have seen about 200 at different times.  Needless to say, Ontario's first White-winged Tern was found there back in May 1991.  Although I went back to the lagoons to see it, I could stand at Brander Park and see the bird! (Black Tern at right).

I had never really stopped at Brander Park for birds until one August day back in 1988 and was amazed at the number, especially warblers.  I recall seeing a  Prairie Warbler that day.

Speaking of warblers, the potential for a rarity is there.  Back in 2003, May 14 to be exact, I was stunned to find a male Virginia's Warbler foraging along the treeline!  I watched it for about ten minutes, being certain of ID.  It was late in the afternoon, but we could not find it the next day.

I have recorded at least 210 species of birds at Brander Park over the years.  I am not sure what will be added next but the there are many possibilities.