It was Rondeau and area on Saturday as I made some more rounds.  I started at dog beach in the park just in case something of note would show.  The wind was very strong ESE, which time and time again has proven no good for a lakewatch there!  Direct east winds just do not seem to work there even though anything can show at any time.

Steve and checked maintenance area and found a few passerines, but then headed out of the park to McLean Conservation Lands. 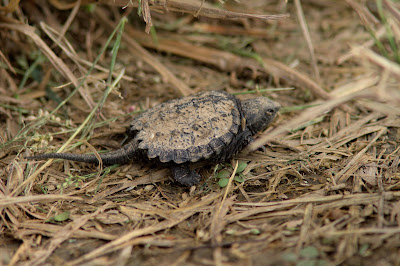 Target there was a secretive sparrow.  Once again it is Nelson's-mania!  Just like last year, multiple Nelson's Sparrows have dropped in.
With the strong wind, the birds were skittish and did not show long enough to get photos.  We checked the grounds thoroughly and probably had glimpses of five Nelson's Sparrows.  No doubt there are more than that there! 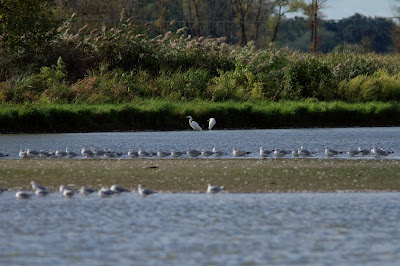 Numbers of passerines were a bit light on Saturday in areas I checked.  This Yellow-bellied Sapsucker was one of the birds encountered that day. 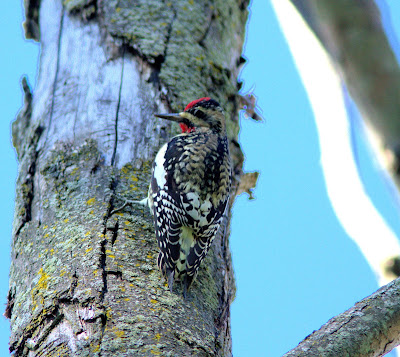 For Sunday, a stiff southwest wind was forecast so it looked good for a Tip Watch at Point Pelee.  It has been a long time since I have enjoyed a good Tip Watch.  We have some excellent ones in past years. 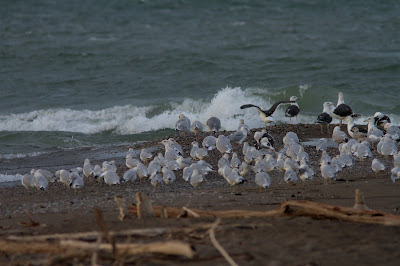 I met up with Steve Pike and we headed to the Tip.  Keith and Jim Burk were already there and eventually Jere Bensette came along.
Some gulls were resting on the Tip including a "Great Lakes" Gull (Herring X Great Black-backed). 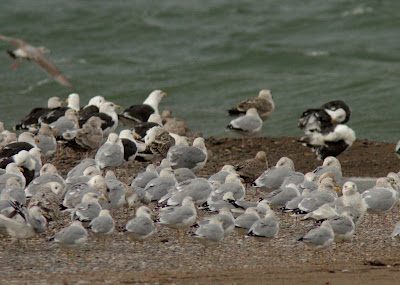 A fair number of bonies were moving south, but our hopes for the appearance of a Sabine's Gull never materialized.

There were very few ducks, but some Black Scoters were nice to see.

Sanderlings were scooting around the Tip sand. 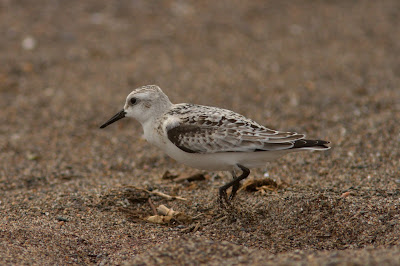 Lots of Blue Jays and Turkey Vultures were around today. 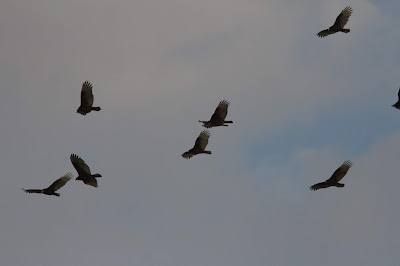 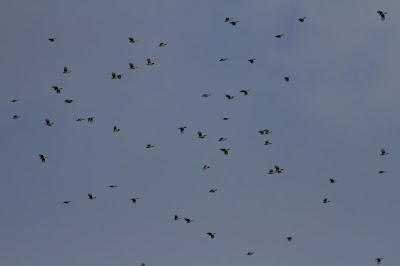 At one point I got on a jaeger. It was fairly distant on the east side heading south.  We determined it to be a Parasitic.  Any jaeger is exciting here!

Again on the east side, Jere spotted another jaeger a bit later.  This one was fairly close.  It put on a good show interacting with some gulls. 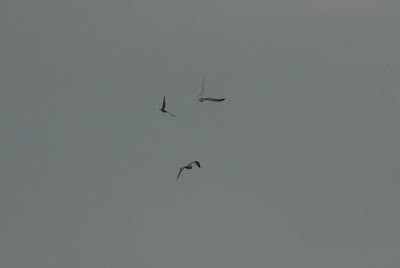 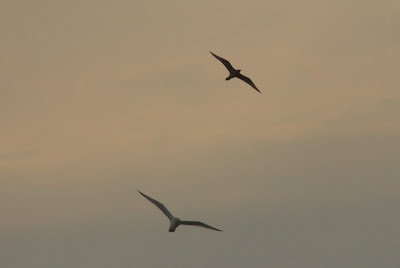 We determined it to be a Long-tailed Jaeger with the blunt extended central tail feathers.
Cha-ching!
It was a new and long overdue Pelee bird for me, as well as for Keith! 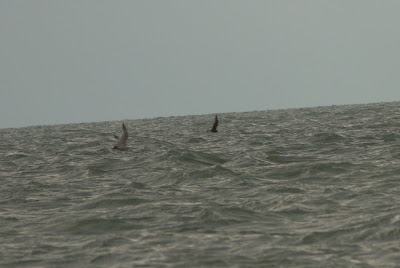 A rainstorm (must be the weekend) came in and we scurried to the tram stop to head north.

By the time we got out at the VC, the sun was coming out and we decided to check out De Laurier.  There were quite a few birds to sort through.  Kinglets were certainly the bird of the day.

Other decent birds mixed included a Yellow-bellied Flycatcher, Ovenbird, and various other warblers. 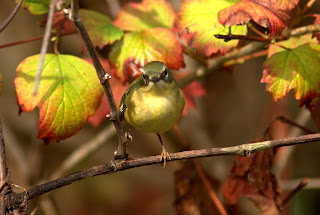 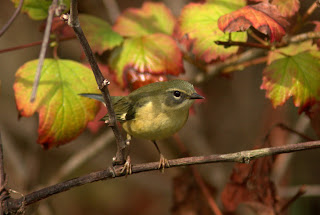 Hopefully there are more opportunities for a Tip Watch at Point Pelee this fall! 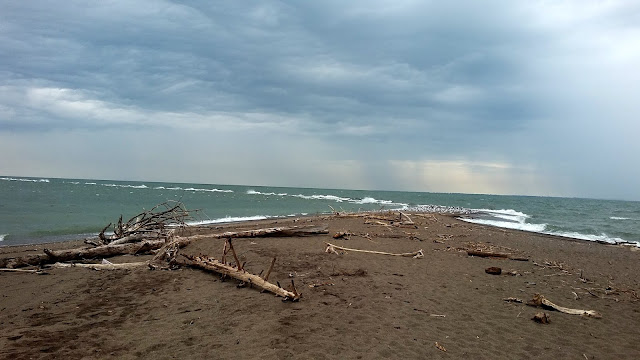